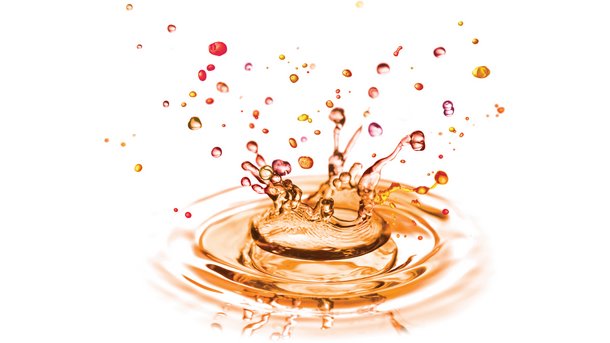 The first 1,000 days of an infant’s life are critical. In that window from conception to a child’s second birthday, the availability of certain nutrients has lasting effects on everything from the brain to the immune system. That understanding has reinforced the need for infant formula that provides all the benefits of breastmilk. DSM is responding to that need by investing in human milk oligosaccharides (HMOs) to eliminate one of the major differences between breastmilk and infant formula.

Breastmilk is recognized as the best source of nutrition for infants by the World Health Organization and other experts. However, not everyone can breastfeed, for a range of reasons, creating a need for infant formula that delivers the functional benefits of breastmilk.

Efforts to achieve that goal have identified HMOs as one of the main differences between traditional infant formula and breastmilk. The difference could be important. Although HMOs are non-digestible carbohydrates with little nutritional value for infants, they are the third largest solid component of breastmilk after lactose and lipids.1,2​​ Researchers have identified 200 different HMOs in human milk.3​​ Cows milk contains a far smaller, less diverse set of oligosaccharides.4​​

Research into the role HMOs play in infant nutrition in began in the 1930s but breakthroughs are still being made.5​​ In recent years, researchers have linked HMOs to protection against diarrheal diseases, potentially because they boost pathogen clearance, and promotion of a gut microbiota dominated by Bifidobacteria.6–8​​ Other studies suggest HMOs aid healthy digestion and help the gut mature.9–11​​

Interactions between HMOs and the gut microbiota could explain some of the benefits of breastmilk. Studies have linked the milk-orientated microbiome (MOM) seen in breastfed infants with lower risk of infection in infancy, as well as reduced risk of conditions including obesity and Crohn’s disease in adulthood.12​​ As Bifidobacteria are a defining element of the MOM, the promotion of those species by prebiotic HMOs may underpin the benefits of breastmilk.

HMOs affect intestinal epithelial cell gene expression.13​​ In acting on gene expression, HMOs directly modulate immune responses, adding to the indirect effects they cause by changing the microbiome. The established link between the gut and the brain, known as the gut-brain axis, shows the effect of HMOs on the microbiome could have far-reaching consequences. Similarly, HMOs are broken down in the gut into metabolic products such as sialic acid, a promoter of brain development.14​​

A still-emerging body of early-stage evidence supports the hypothesis that HMOs positively impact brain health and function. Notably, studies have linked HMOs to positive effects on learning and memory, neurodevelopment and anxiety in animal models and put the gut-brain axis at the heart of mechanistic explanations of the outcomes.15–18​​

The body of evidence makes a compelling case for the importance of HMOs. Yet, developers of infant formula had to wait for the synthesis of oligosaccharides that are structurally identical to HMOs to explore the effects of adding the molecules to their products. With companies such as Glycom, which DSM acquired in 2020, making it possible to add HMOs to infant formula, the industry has begun to translate academic research into clinically validated products.19​​

Clinical trials have generated encouraging results, showing HMOs to be safe and well tolerated and linking their use to significant reductions in bronchitis and lower respiratory tract infection.20,21​​ The findings are important given evidence infant formula use is associated with significantly higher rates of lower respiratory tract infection in Asia.22​​

Better infant formula could have a particularly big impact in Asian countries. Thirty percent of infants aged zero to five months are exclusively breastfed in East Asia and the Pacific, compared to a global average of 44%.23​​

DSM wants to ensure the infants in Asia who switch partially or completely to infant formula before health guidelines recommend still receive the near and long-term benefits of breastmilk. That goal led DSM to buy Glycom, a leading supplier of HMOs, and invest to accelerate product development, increase manufacturing capacity and apply its strain development expertise to the oligosaccharides.

Glycom is the only fully integrated HMO provider in the world. Working out of state-of-the-art facilities in Denmark, Glycom handles its own product development, preclinical and clinical research, regulatory affairs and large-scale production. The infrastructure helped Glycom become the first to make many HMOs available on a large scale at a reasonable cost, leading to product approvals in Asia and around the world, and to build a deep preclinical and clinical pipeline of new oligosaccharides.

Today, Glycom’s portfolio is led by GlyCare 2FL and GlyCare LNnT, products that provide infants with the 2-fucosyllactose and Lacto-N-neotetraose molecules found in breast milk and used in studies that have shown the value of adding HMOs to infant formula. Glycom is continuing to expand its product portfolio to help infant formula manufacturers better replicate the functional benefits of breastmilk.

At DSM, the HMOs slot into a broad early-life nutrition portfolio featuring nutritional lipids, vitamins and customized nutrient premixes. Infant formula manufacturers that leverage that portfolio stand to create products that deliver more of the functional benefits of breast milk, thereby ensuring the best possible start to life for infants during the critical first 1,000 days.