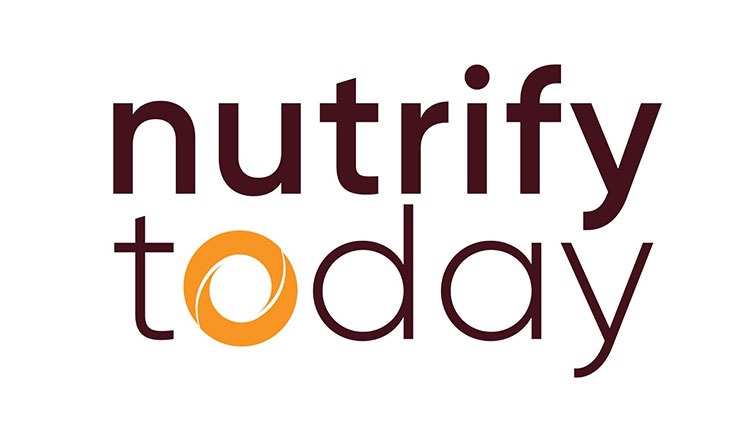 The nutraceutical industry in India is poised to achieve the 100 billion-dollar dream, suggests a survey by Nutrify Today.​

2016 turned out to be the year that the nutraceutical industry began to take off in India and both the trajectory as well as the industry have since undergone a seismic evolution.

Similarly, 2020 was a game changer. The industry’s growth rate made a quantum leap from the predictable trends of 10% to over 26% during the COVID-19 pandemic, eventually stabilising since late 2021 at 16-18%, surpassing global industry trends.

As well as an impressive trajectory, the industry underwent a holistic change, underpinned by science. This resulted in a surge in clinical trials with consumers, finally validating the claims of the producers. The change is now irreversible and the shift is positive. Market accessibility was another factor to the industry’s growth, thanks to Government-run pharmacies stocking up nutraceuticals.

Another major catalyst of growth, was the formation of the Nutraceutical Task force, tasked with shaping policies to transform the Indian Nutraceutical industry into a 100 billion-dollar industry by 2030.

To fuel the growth and modernisation of Nutraceutical industry, five essential pillars of positive growth and change are also taking shape:

1. Medicinal Plant Farming​ India is home to 52 Agro-Climatic zones. This advantage, coupled with an improved bio-diversity Act, with the aid of IT Applications in consonance with blockchains, is driving the creation of a finger-printed, raw material supply chain.

2. Active Nutraceutical Ingredients​ India is geared up to tap into its rich active nutraceutical ingredient potential by accessing over 1,700 medicinal plants from Ayurveda. This resource base alone has the potential to propel India into the 200-billion-dollar league.

4. The Start-Up ecosystem​ India is home to 7,400 nutraceutical start-ups backed by high-end incubation hubs such as CCMB, IITs and other institutions. Start-Ups are leading to a technological revolution across the entire eco-system.

5. Academia​ The Nutrify Today Academy is working closely with the Centurion University, to launch nutraceutical industry-specific, post-graduation courses, the first of a kind. More widely and importantly, universities are collaborating with the industry to develop industry-specific courses and programmes.

The thinking behind the survey conducted by Nutrify Today was to identify the gaps to be filled in order for India to realise its nutraceutical potential as a 100 billion-dollar industry by 2030.

The four-month survey covered the Indian nutraceutical industry and community, interviewing over 2,000 executives, including senior and middle management professionals and owners of nutra firms and businesses. Other stakeholders, such as academia and investors, were also included in the group.

The survey revealed the supreme confidence the stakeholders had in India realising its 100 billion-dollar potential by 2030. In fact, 91.5% of those surveyed were ‘absolutely sure’ that the nutraceutical industry would reach its target by 2030. However, 48.2% made it clear that a major gap that needs to be addressed is the lack of a dedicated Nutraceutical Department in the Government which, they felt, should be immediately addressed for the growth potential to be achieved. Dr Vivek Srivastava, Senior Vice-President, Innovation, Business Strategy & Scientific Affairs at Zeon Life Sciences, stated: “As a nutraceutical industry we strive to offer the best product to manage health conditions. However, it is imperative to come out with policies, which are more relevant to trigger innovation and we look forward to paramount support from the Government in this direction.”

Confusion around regulatory issues and the absent HSN duties were a major cause of concern. Of those surveyed, 40.1% raised concerns over regulatory policy evolution, partly because of the industry not being so involved in shaping the rules, which have been evolving at a rapid pace. This calls for greater consultation and engagement with the industry. As for the missing HSN codes, the industry stakeholders felt that this was hindering the applicable duties.

One of the major surprises that emerged was the lessened demand for the performance-linked incentives (PLIs) offered by the Government. This could indicate that the Nutraceutical Inc is confident that it is developing organically and relying on the abundantly available natural resources. The Biodiversity Act 2002 proves to be problematic, despite the recent modifications with 25.4% of those surveyed felt it was a cause of concern. Some of the senior stakeholders also warned that the chasm between Nutrition and Nutraceuticals needed to be bridged.

“The Government is looking at 100-billion-dollar industry, primarily for nutrition, through Ayush, coupled with FSSAI, to regulate the irresponsible way in which the industry is talking about nutrition in the guise of Nutraceuticals. Nutraceuticals is essentially part of pharmaceuticals and should be dealt with that way only. Taking nutraceuticals directly to the consumer without the support of the medical fraternity would be the biggest health disaster by the industry. Unfortunately, many companies are trying to do this, this is unfortunate for a country, the size of India.”

This was felt by 38.6% of those surveyed who pointed out that there was a dearth of clinical studies in the industry in India – however since the pandemic and increasing awareness of consumers some believed this issue was starting to be addressed. The essential gap pointers made it absolutely clear that proper clinical studies, corroborated by the medical fraternity, would lay the foundation for trust. “Nutraceuticals should be treated at par with pharma and the aim should be to take nutra to pharma for the enabling of trust and opportunity. Unless and until doctors prescribe nutraceuticals, trust will never come, disinterest tends to lack of awareness, it’s a merry go round,” observed Anil Jain, Managing Director of Gangwal Chemicals.

Finally, 70.6% raised one common concern: that of the lack of trained professionals in nutraceuticals. What if this alone were to become the biggest hurdle, despite all the efforts by the industry, task force and government? Expressing concern over this issue, Sanjay Mariwala, Executive Chairman of Omniactive Health Technologies, said: “The Nutraceuticals Industry in India requires development of creative human resources; Innovative ideas are what consumers are paying for and demanding. Brands will need to create innovative products and for that they need supply chain partners who can creatively use science and technology to craft such products, that are efficacious and deliver the value desired. The investment in recruiting, training and developing the right manpower will go a long way in shaping the future of companies and countries that will emerge as leaders in this space.”

The Nutrify Today Academy has estimated an HR deficit of over 160,000 qualified personnel and understands the urgent need to address this in order to realistically come close to achieving the 100-billion-dollar target. With this in mind, Nutrify Today is working with the industry through its AI platform to help design differentiated, responsible nutraceutical portfolios, while engaging with academia and universities, such as Centurion University, to develop industry application courses for Post Graduate students in Pharmacy, Nutraceuticals, Food Tech and Chemical Engineering.

The survey has clearly indicated that India is the emerging hub of nutraceuticals and, according to experts, it’s a trend which offers a wealth of opportunities for the nutraceutical industry outside the USA.

For more information about commercialization opportunities in India, visit Nutrifytoday.com or email nzvg@ahgevslgbqnl.pbz​. For industry networking and geographical representation of the survey, visit www.nutrifytoday.net​ to request a demo or download the ‘nutrifytoday’ app. ​