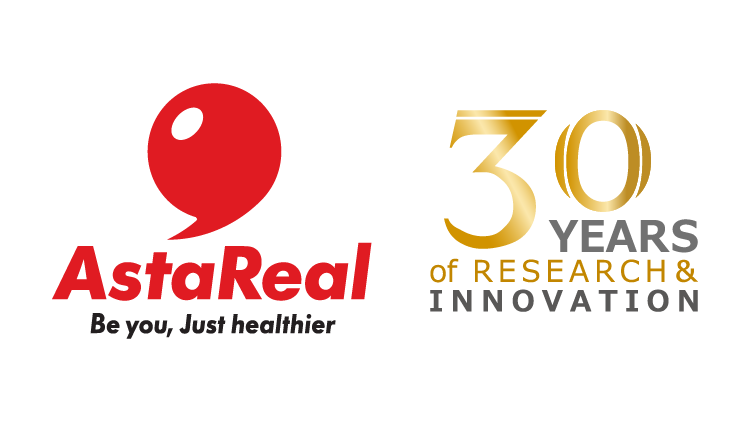 Asia faces an aging time bomb. With people living longer, increasingly-Westernized lives, age-related diseases affect a fast-growing number of people across the region. The positive mitigating factor is disposable income is rising similarly quickly, empowering consumers to proactively counter these conditions by taking products that support healthy aging. By targeting the root cause of many conditions of aging, AstaReal astaxanthin stands to play a big role in meeting this consumer demand.

Multiple strong, sustainable forces are driving rising demand for healthy aging products in Asia. The demographic changes sweeping across the region are one key factor. By 2050, the United Nations forecasts that 21% of people in Southeast Asia will be aged 60 years or older.1​​ In Thailand and Singapore, the forecast figures are 35% and 40%, respectively.

The aging of these populations is happening in lockstep with rising affluence. A further 50m people in in Indonesia, Malaysia, the Philippines, Thailand and Vietnam are forecast to join the middle class by 2022, bringing the demographic’s disposable income up to $300bn.2​​

Consumers are using their rising spending power on products to support healthier and more active lifestyles. A survey found 71% of people in the Philippines are very interested in healthy eating, as compared to 36% in the UK.3​​ Research by Mintel revealed similar trends in Indonesia and Thailand, where around two-thirds of people in urban areas planned to eat better and exercise more in 2017.4​​

Strong, rising interest in healthy lifestyles is fueling the growth of the nutraceutical market. From 2017 to 2022, the markets for vitamins, herbals, minerals and supplements in Indonesia, the Philippines and Vietnam are forecast to achieve compound annual growth rates of 7% to 11%.5​​

Functional foods and beverages are predicted to be beneficiaries of the growth trends. Many Asian consumers prefer these formats to supplements, resulting in functional beverages alone accounting for more than one-third of the nutraceutical market in Southeast Asia.6​​ Another estimate suggests functional foods account for almost 70% of the nutraceutical market across Asia-Pacific.7​​

Consumers are buying functional foods and making lifestyle changes to stay healthy for longer. Interest in not just living longer, but staying healthy for longer has led to the emergence of the “healthspan” concept. Healthspan is the number of years a person lives without suffering from medical issues. In Southeast Asia and elsewhere on earth, consumers are turning to nutrition and supplementation to increase healthspan.

These factors have created a huge opportunity for clinically-validated ingredients that may improve healthspan and can be formulated into foods and drinks. AstaReal astaxanthin is such an ingredient.

Targeting the root cause of age-related conditions​

An extensive body of research links astaxanthin to effects on variables related to a range of diseases and conditions associated with aging, including impaired vision, reduced mobility, declining cognition and cardiovascular disease. This diverse set of problems are united by a common cause, creating the opportunity for one ingredient to act on multiple conditions.

This vicious cycle has severe implications. In 1972, researchers linked free radical damage in the mitochondria to the lifespans of organisms, triggering decades of research to understand the role of the organelle in aging and how to protect it from harm.8​​

AstaReal astaxanthin has played a central role in the research. Astaxanthin is an antioxidant that gives shrimp, flamingos and salmon their distinctive colors. AstaReal sources its astaxanthin from a freshwater algae, Haematococcus pluvialis​, that makes the antioxidant in large quantities to protect it from stresses including a lack of nutrients and too much light.

Research suggests astaxanthin plays a similar protective role in humans. In a preclinical comparison of the effects of different antioxidants on free radicals, astaxanthin reduced levels of the molecules by 40%.9​​ All the other tested ingredients drove significant increases in the levels of free radicals. The finding is in keeping with knowledge of how the size and structure of astaxanthin is well suited to the role of capturing free radicals in the engine rooms of mitochondrial energy production.

Evidence of the link between astaxanthin and reduction in free radicals has spurred tens of clinical trials designed to assess the effect of the ingredient on age-related diseases.

Across 16 ocular health trials, researchers have linked AstaReal astaxanthin to statistically-significant reductions in symptoms of eye strain and improvements in the maximum potential increase in optical power.10​,11​​ Widespread use of computers, tablets and smartphones puts people in Asia at risk of eye strain, while aging is associated with decreased optical power potential.

Elderly people taking astaxanthin experience improved mobility and muscle function, too. One trial linked consumption of astaxanthin for 12 weeks to a 23% increase in distance walked in six minutes, showing the potential for the ingredient to improve mobility and quality of life.14​​ A separate study provided an explanation for the change by linking astaxanthin use in seniors a 12% increase in muscle strength and 2% rise in muscle mass over placebo.15​​

These are notable findings in light of evidence of the link between strength-loss condition sarcopenia and the incidence of health issues in the elderly, including research correlating it to increased risk of death.16​​

There is evidence that people can realize these benefits while reducing signs of aging. As free radicals drive the aging of the skin, researchers have assessed the nutricosmetic use of AstaReal astaxanthin, resulting in data linking oral consumption of the molecule to significant improvements in wrinkles and elasticity.17​​

The vast majority of these clinical trials, in all the age-related conditions, used AstaReal astaxanthin. Given evidence of the effect cultivation, sourcing and processing have on the behavior of astaxanthin, it is unclear if the results could be replicated using an ingredient from a different supplier.

Formulating astaxanthin into foods and beverages​

The ubiquity of AstaReal astaxanthin in the research literature — and the associated regulatory and commercial benefits — is one differentiator of the product from its competitors. Another differentiator stems from AstaReal’s work to make it easy for manufacturers of functional foods and beverages to incorporate astaxanthin into new and existing product lines.

Notably, AstaReal offers astaxanthin in a variety of bulk forms, including emulsions and water-soluble powders. This makes it possible to formulate astaxanthin into a range of functional foods and beverages tailored to the preferences of the many pill-avoiding people in Asia.

To support manufacturers as they work to seize this opportunity, AstaReal has invested in research to understand the stability of astaxanthin and its effect on finished products. This effort has revealed that manufacturers can create astaxanthin-enhanced foods and beverages that are stable and have desirable sensory properties.

In working to develop such products, manufacturers can leverage AstaReal data supporting the use of astaxanthin at typical processing temperatures. The data streamline the formulation of foods and beverages that feature the ingredient, both alone and in combination with other health-promoting molecules. AstaReal has data and messaging to help companies market their products, too.

Manufacturers that want to harness AstaReal’s research and clinical data to create line extensions or whole new ranges of healthy, functional foods and beverages should contact the supplier to discuss how to formulate and position their products.

In doing so, manufacturers stand to improve the wellbeing of Asian consumers and capitalize on the confluence of strong, sustainable trends that are driving growth in the regional healthy aging market.