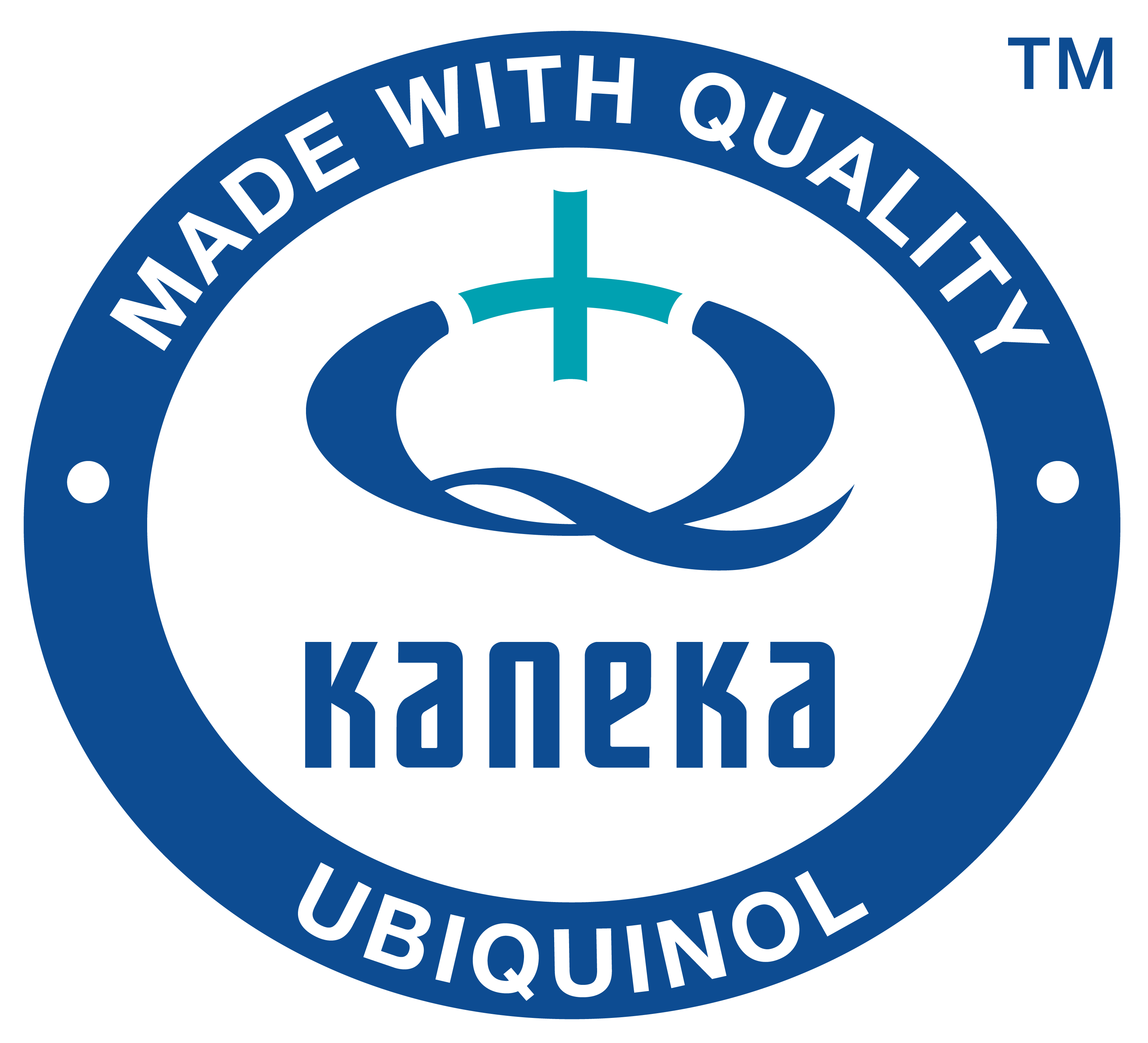 Coenzyme Q10 is a vitamin-like substance that is essential for life. ubiquinol - the reduced form of CoQ10 - entered the commercial market in 2006. Kaneka Corporation researched and developed the technology necessary for the ingredient to become available as a nutritional supplement. Further clinical research indicated that not a mere 80%, but over 99% of the total plasma CoQ10 in healthy persons was in the form of ubiquinol.(1​) With age and disease, the body's ability to produce ubiquinol is compromised, and true ubiquinol deficiencies are prevalent in ageing demographics.

Further research has demonstrated that the oxidized form of CoQ10 that has been in the market for three decades is not an as powerful compound as the body-preferred ubiquinol. Subsequently, many consumers have started to switch to the new reduced and bioactive form.

Consumers are actively seeking premium, quality and specialty supplements that deliver the benefits they consider to be in line with their lifestyle to support optimal health.

Who are these people and what are they looking for?

There is an extraordinary opportunity for nutrition and lifestyle companies to offer effective health and wellbeing solutions for these educated consumers, with branded ingredients such as Kaneka Ubiquinol, that are backed by credible scientific research.

The superior bioavailability and impressive health benefits of ubiquinol fit the needs of the educated health-enthusiasts who are seeking high-quality efficacious products.

UBIQUINOL IS A BIOIDENTICAL NUTRIENT​

Ubiquinol is a vitamin-like substance. A vitamin is a nutrient required by the body in limited amounts, but that the body cannot synthesize in sufficient quantities to fulfill its needs.

Ubiquinol is similar to vitamin D. Vitamin D is synthesized in the body but still there is common understanding that you need to supplement, especially for people having low exposure to sunlight.

Ubiquinol is also made in the body. The quinol nucleus is derived directly from 4-hydroxybenzoate (which has a hydroxyl group just as ubiquinol) and this is merged with isoprene units (2​).

Fig. 2: M. Bentinger et al., 2010: The mevalonate pathway and the terminal steps in the synthesis of CoQ, cholesterol, dolichol and isoprenylated proteins. Red indicates primary functions and blue indicates the rate-limiting enzymes. In the case of CoQ it has not yet been established whether the first or second enzyme in the terminal sequence is rate-limiting.​

As the active, reduced form of CoQ10, ubiquinol has superior bioavailability compared to ubiquinone. It's also a strong antioxidant that protects cell membranes and keeps them stable. Ubiquinol offers a wide range of health benefits, it supports heart health, the production of cellular energy, male fertility, healthy cholesterol and general health and wellbeing in ageing individuals.

There are two forms of CoQ10 – ubiquinone: the oxidised form and ubiquinol: the active form of CoQ10. The body however must convert ubiquinone into ubiquinol before it can be used to support cellular energy.3​ Due to its superior bioavailability, ubiquinol is the preferred form of CoQ10 for therapy.1,4​

Ubiquinol for energy production and performance​

Ubiquinol’s role in mitochondrial function is well established.1,2,3​ In the mitochondria, ubiquinol plays an important role in transferring electrons to generate cellular energy known as ATP. It is this electron transfer ability that also makes ubiquinol a powerful antioxidant, membrane stabiliser, inhibiting the oxidation of proteins, lipids and DNA.1,6​

The body’s natural levels of ubiquinol start to decline around the age of 30,7​ along with the ability to convert ubiquinone to ubiquinol. This may impact energy levels, making you more dependent on dietary and supplemental sources of ubiquinol.8​

The highest concentration of ubiquinol is found in the heart. The heart requires large amounts of cellular energy (ATP) to sustain contractile function. The powerful antioxidant action and mitochondrial energy production of ubiquinol make it a vital nutrient for heart health.9,10​

Infertility is becoming increasingly widespread. Male factor infertility accounts for up to half of all cases of infertility and affects one man in twenty, with the evidence suggesting that reactive oxygen species (ROS)-mediated sperm damage is a significant contributing pathology.12​

Ubiquinol may assist male fertility as it may help protect sperm cells from oxidative damage, improve sperm count and play a role in sperm energy production.13​

Oxidative damage can reduce sperm motility, interfere with the sperm-oocyte binding and fusion, and may also contribute to DNA damage and reduced sperm count.14​

With higher antioxidant activity and superior bioavailability, ubiquinol may be an excellent incorporation to male fertility protocols. Its efficacy for restoring sperm density, morphology and motility is incredibly promising.15​

For an overview of the market opportunities and health benefits of ubiquinol, download your comprehensive ebook. ​​

Kaneka Ubiquinol mimics the ubiquinol produced naturally by the body.​ Kaneka has been the pioneer in manufacturing natural Coenzyme Q10. Kaneka Ubiquinol is made via proprietary technology using yeast fermentation. Fermentation, which dates all the way back to the Neolithic age (about 10,000 BC), is used by many cultures around the world to enhance foods, both nutritionally and for flavor, prevent spoilage, and improve digestion. Kaneka’s unique fermentation technology makes Coenzyme Q10 with full traceability, in an ecologically friendly way, and at the highest purity. Furthermore, Kaneka’s Ubiquinol has been fully safety tested, including in human healthy people. Based upon safety studies, Kaneka’s Ubiquinol has received regulatory approval as a nutrient in many countries.

Fig. 4: over 99% of CoQ10 in circulation exists in the UBIQUINOL form in human subjects​

Why use ubiquinol in your new product development?​

Are you looking for new market opportunities for your brand? Download your comprehensive ubiquinol ebook or email gnyxjvguhf@hovdhvaby.arg.nh​​​
Learn more about the impressive health benefits of Ubiquinol.

Register to secure your spot at our upcoming webinar with Australia’s leading Pharmacist and Master Herbalist, Gerald Quigley,​ for updates on the science of ubiquinol and to gain integrative and preventative insights.